Do you know what all the markings on your tyres mean?

If you’re in the market for new tyres all of the variables in tire specifications and the confusing jargon you might hear from tire salesmen or “experts” might make your purchase rather stressful. Or maybe you just want to fully understand the tires you already have, the concepts at work, the significance of all of those sidewall markings. What does all this stuff mean in regular terms?

In this article, we will explore how tyres are built and see what’s in a tyres We’ll find out what all the numbers and markings on the sidewall of a tire mean, and we’ll decipher some of that tyre jargon. By the end of this article, you’ll ­understand how a tyre supports your car, and you’ll know why heat can build up in your tyres, especially if the pressure is low. You’ll also be able to adjust your tyre pressure correctly and diagnose some common tyre problems!

Just as your feet are sore after a long walk, the tyres on your car take a beating every time you drive. This isn’t a sign of bad driving –well, not usually — but rather an inevitable fact of life. tyres get old and worn down. And because a tyre failure while you’re driving can be catastrophic, causing your car to go out of control or leaving you stranded in the middle of nowhere without any easy way to get home, you want to know when your tyre are in bad shape so you can get new ones before something goes wrong. Of course, if you have a mechanic look at your car periodically, we will  tell you if the tyres need to be changed, but there are several things you can do yourself

The tread on your tyres should never fall below 1/16 of an inch (1.6 millimeters) in depth. If you regularly drive on slick, wet surfaces, you’d be even better off with twice that much. You can buy a gauge to measure the tread depth the way the professionals do, but there’s an old trick that will give you a rough idea of how much tread depth you have left and it won’t cost you more than a penny.

Newer tyres have a convenience that older tires lacked. They have tread wear indicator bars built into the tyres themselves. These bars, invisible or barely visible when the tyres  are new, gradually begin to appear as the tread wears down. They appear as flat rubber bars running perpendicular to the direction of the tread itself. If more than one or two of these are visible on a tyre, the tread is getting low. This should be particularly obvious in the wet tracks that your tyres leave after you drive through a puddle. Use the 20p coin  test  double check the depth, but if the bars are starting to appear on any or all of your tyres, www.mbservicecentre.co.uk/videos/

Not all problems with the tyres are going to be in the tread. They can also appear in the sidewall. Fortunately, it’s easy to do a visual check of sidewall problems. Look for tracks or cuts in the sidewall — grooves that are distinct enough to be visible to the naked eye. This could be a sign that your tyre is developing a leak (or worse, that it’s nearly ready to blow out). This is definitely something you want to avoid. So if the cracks in the sidewall are starting to look serious,  Better safe than sorry, as they say.

Sometimes the outer surface of the tyre begins to weaken. The result can be a bulge or blister that extends outward from the rest of the surface. This is similar to an aneurysm in one of your blood vessels and you know that if your doctor tells you that you have an aneurysm, you’d better get to the hospital as quickly as you can before you blow out an artery. It’s the same with your tyre. This weak spot can cause a sudden blow out,

A certain amount of vibration is inevitable when driving, especially on poorly paved roads, but if you’ve been driving for a while, you probably know how much vibration feels right and how much means that something’s going wrong. There can be any of a number of causes for the vibration — maybe your tires are misaligned or unbalanced, or your shock absorbers are starting to go. But it could also indicate that there’s some sort of internal problem in the tyre itself. Even if the tire isn’t the root cause of the vibration, the vibration could damage the tire and pretty soon you’ll have a problem. So if your car has a bad case of the shimmy-shimmy shakes, especially if you notice this when you aren’t driving on bad roads, 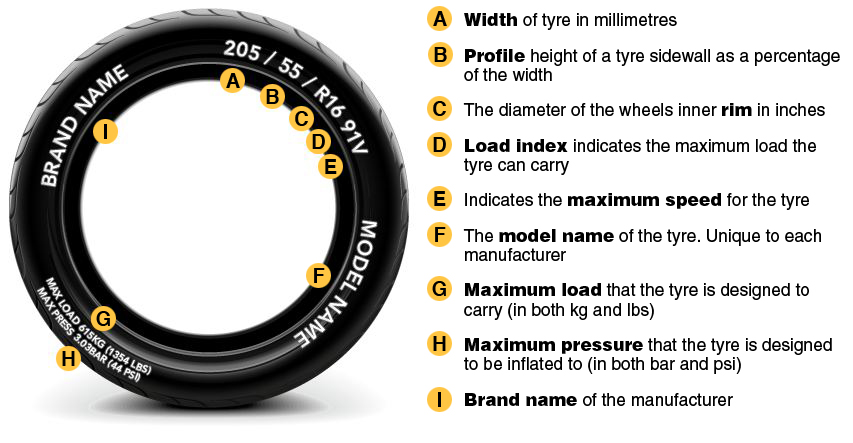